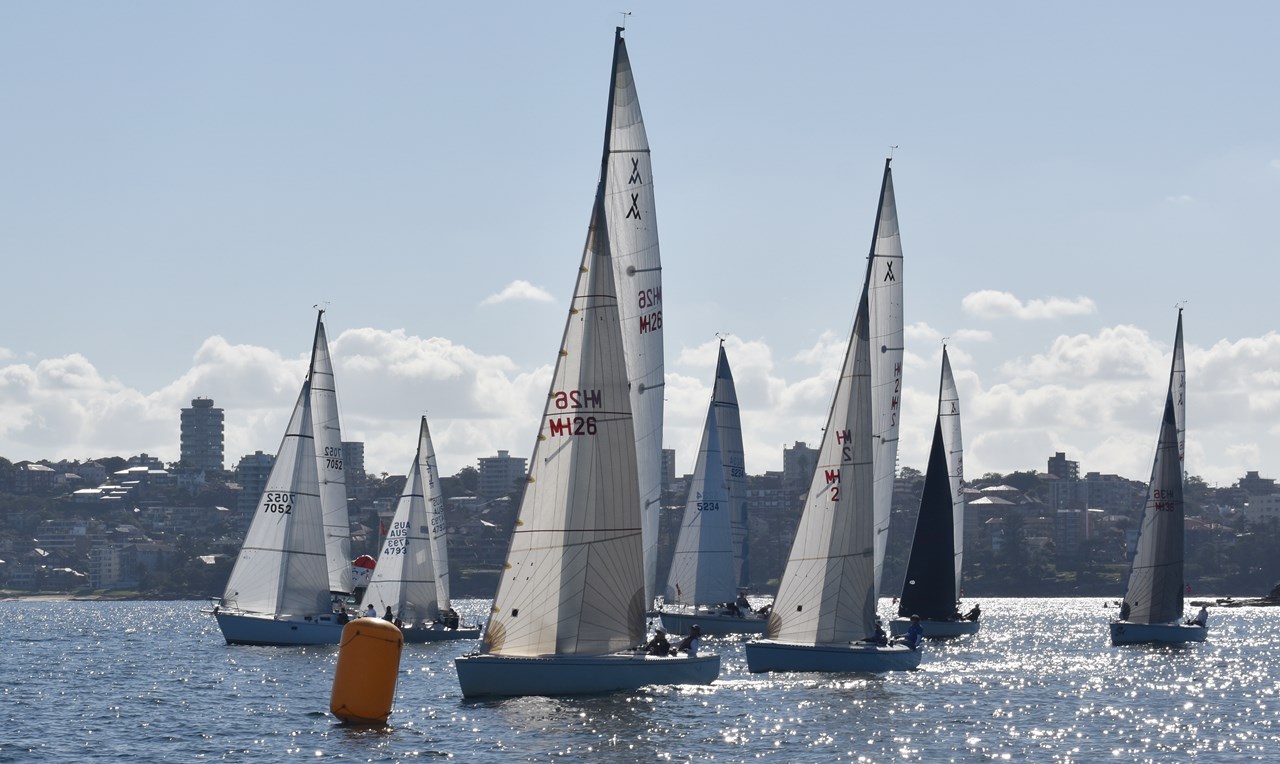 The first round of Winter Sprints kicked off today under sunny skies and a gentle westerly. The series has initially attracted fourteen boats spread over two divisions.

The breeze faded and move into the south as the first race progressed and Division 2 sailed a shortened course.  Brendan McAssey's S1 was first home in Division 1 ahead of BlueTack (Brent Lawson & Patrick Delany) and Optimum (Stuart Jordan).  Jim Vaughan's Another Dilemma was the best of Division 2 from Innamincka (John Crawford) and Dania (Peter Charteris).

As a south-easterly established itself and freshened, the course axis was changed to a course from the Bombora to South Head. Neil Padden's Wailea took the Race 2 win for Division 1 ahead of S1 and Optimum.  In Division 2, it was Another Dilemma from Innamincka placing 1 - 2 and Contentious (Brian Less) finishing 3rd.

S1 (Farr 40) and Another Dilemma (Adams 10) took the One-Design wins for both races.

The next Winter Sprints will be held on June 19.