No Friends wins at the MYC Women's Challenge 2021 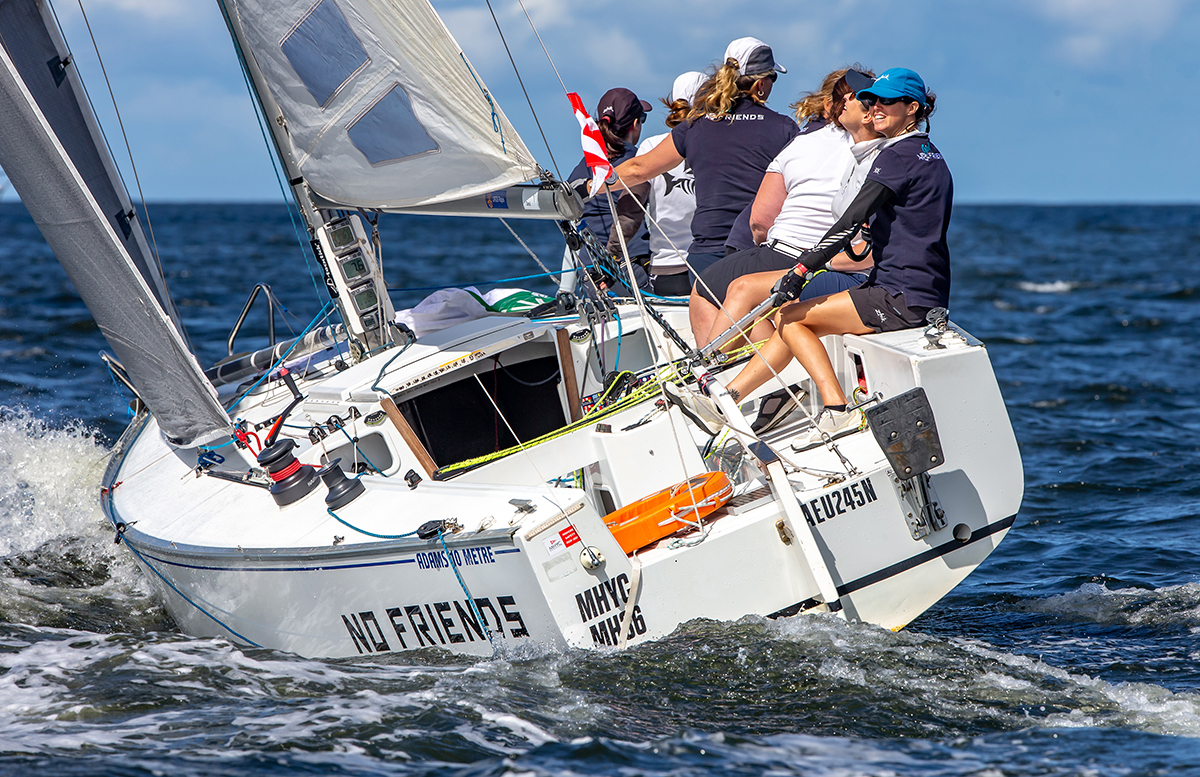 The deciding race of the inaugural Sydney Harbour Women’s Keelboat Series (SHWKS) was held over the weekend by Manly Yacht Club. Now in its 26th year the MYC Helly Hansen Women’s Challenge is a favourite on the women’s sailing calendar.

After a disappointing year last year with the event postponed due to COVID and then abandoned with winds gusting over 30 knots and poor visibility, the record fleet of 37 boats were delighted with the sunshine and moderate breeze on Sunday.

Middle Harbour boats featured well on the day with Tracy Richardson and her team, skippered by Eve Saucier, winning the All Female crew on No Friends as well as third place in the overall PHS result for Division 1. Liz Charles took out third place in the Female Helm category for Division 1 on Kayimai.  The TP52 Smuggler, skippered by Justine Anson, took out line honours in Division 1 and It Happens skippered by Bridget Canham won line honours Division 2. Winner of the Female Helm Divison 1 was Whistleing Kite with Nicola Wakefield Evans at the helm and Division 2 Pinta II skippered by Johanna Adriannse.

The presentation for the SHWK Series was held last night at CYCA to an appreciative audience. Tracy Richarsdon won second prize on No Friends and Liz Charles third prize on Kayimai in the Overall Result in Division 1.The series consisted of four races and was a collaboration between MHYC, MYC and CYCA.  Thanks were given to the many volunteers involved in the series, which could not have neen possible without their generous support. A special thanks was also given to Marg Fraser-Martin for her dedication to taking spectacular photos for all of the clubs for this series. Next year the event will be expanded to 5 races including RSYS and RPEYC.