As the Annual Presentation Night to celebrate MHYC’s 2019-2020 season was not possible due to Covid-19, we are announcing the award winners online over a period of 5 weeks.

In our third instalment, we celebrate: 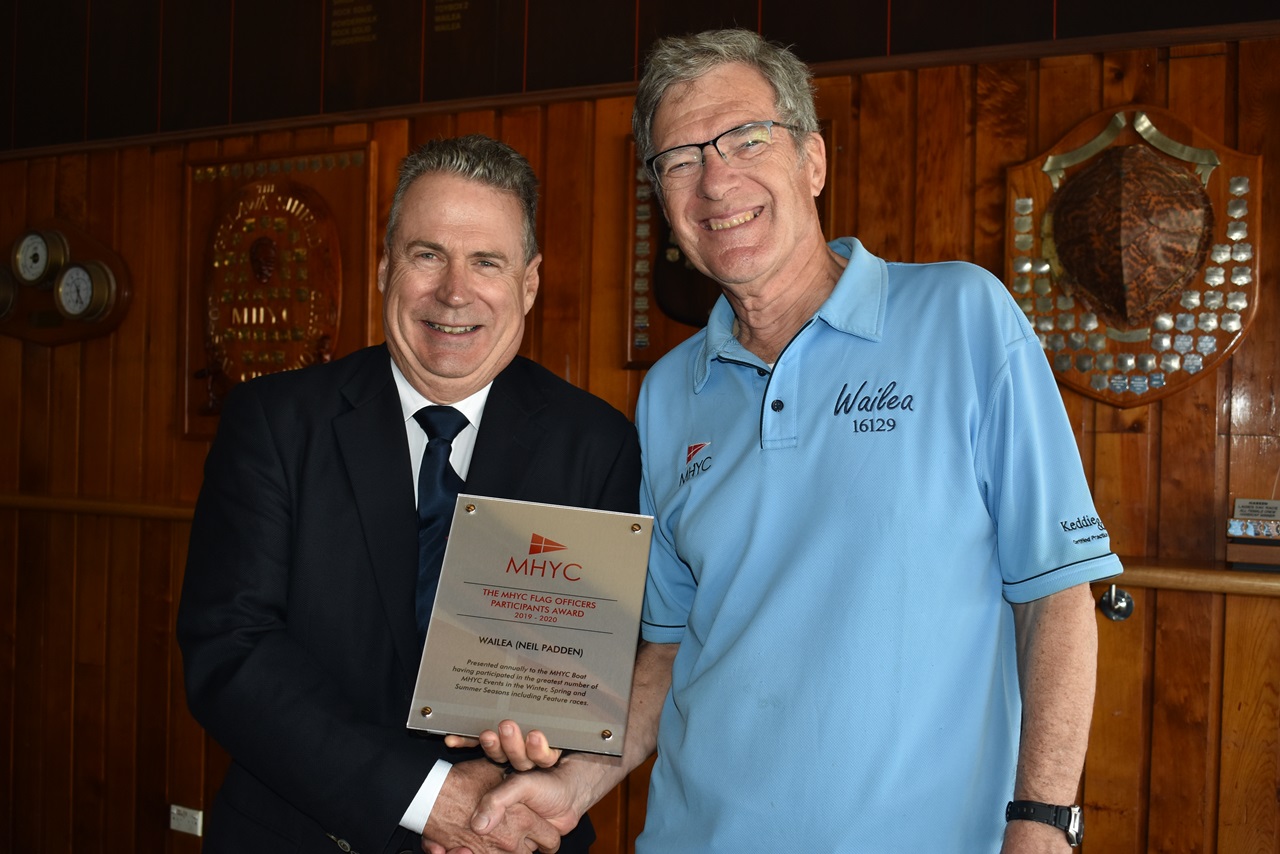 Congratulations to Neil Padden and his yacht Wailea for winning the MHYC Flag Officers Participant award.

When Neil retired to Sydney, the plan was always to own a yacht, and he bought Wailea, a Beneteau 40.7. The idea was to carry on sailing in cruising and picnic mode with the occasional race thrown in, but says “when I started racing, I got hooked and quite soon the racing overtook any cruising. We bought our house in Clontarf, so MHYC was the obvious choice of Club, and John Hurley, David Lee and others helped me enormously to get started in racing”.

Neil now enjoys his racing at MHYC most Wednesday, Thursday Twilights as well as Saturday racing. Neil is a great supporter of new sailors joining MHYC. He has recruited several good sailors through the MHYC crew board, and folk just turning up out of the blue. He also uses MHYC’s Skipper and Crew Meet and Greet, Pacific Sailing website, and MySail.

Neil has been a tremendous supporter of our club. He was on the Board, most of the time as Treasurer, for ten years. Having served his time on the Board, he still helps ensure the smooth running of our club. He is a member of the Finance and Risk Committee, Chair of the Funding Committee, and a Director of the MHYC Foundation. Neil enjoys our club and says “MHYC, has been a very important social thing for me as a recent immigrant with no family here”.

High on his bucket list is… “I want to do consistently well on IRC, which we have always struggled to achieve, and I want to beat I more often!”. Watch out Stormaway! 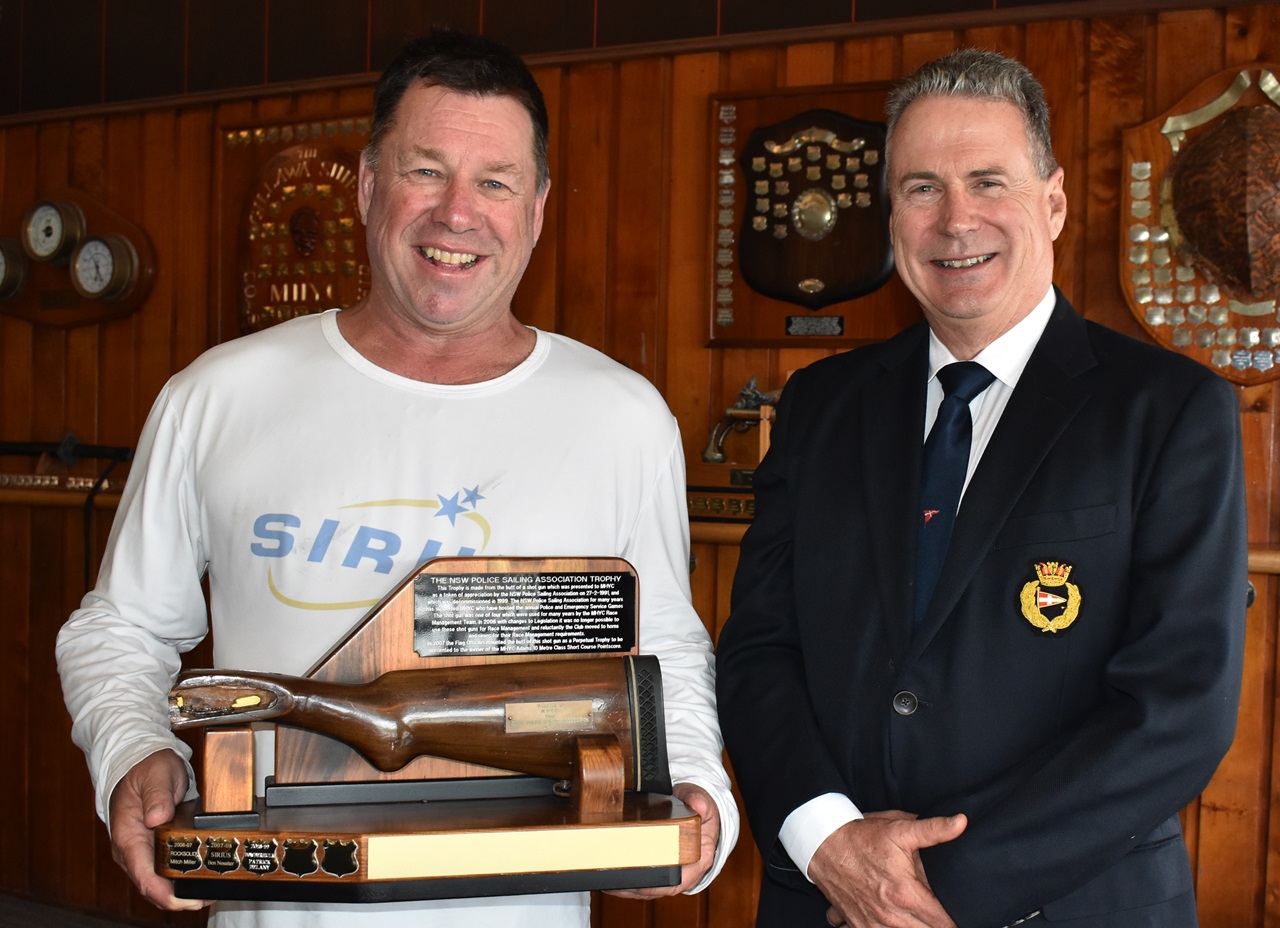 The NSW Police Association Trophy is awarded in memory of Ben Nossiter to the yacht in the Adams 10 Class with the most line honour successes in the Sprint Series.  The trophy uses part of the shotgun used by the MHYC race management team until 1999. When the gun licensing laws changed, the Club was forced to surrender their starting shotguns.  The Police Sailing Association had a trophy made using one of the butts and donated it to Club in appreciation of our close relationship over the years.  As well as claiming the Police Sailing Association Trophy and winning the Adams 10 Sprint Series, Sirius was 1st on PHS and 3rd on One-Design in the Spring Pointscore and 2nd on both One-Design and PHS in the Annual Pointscore. 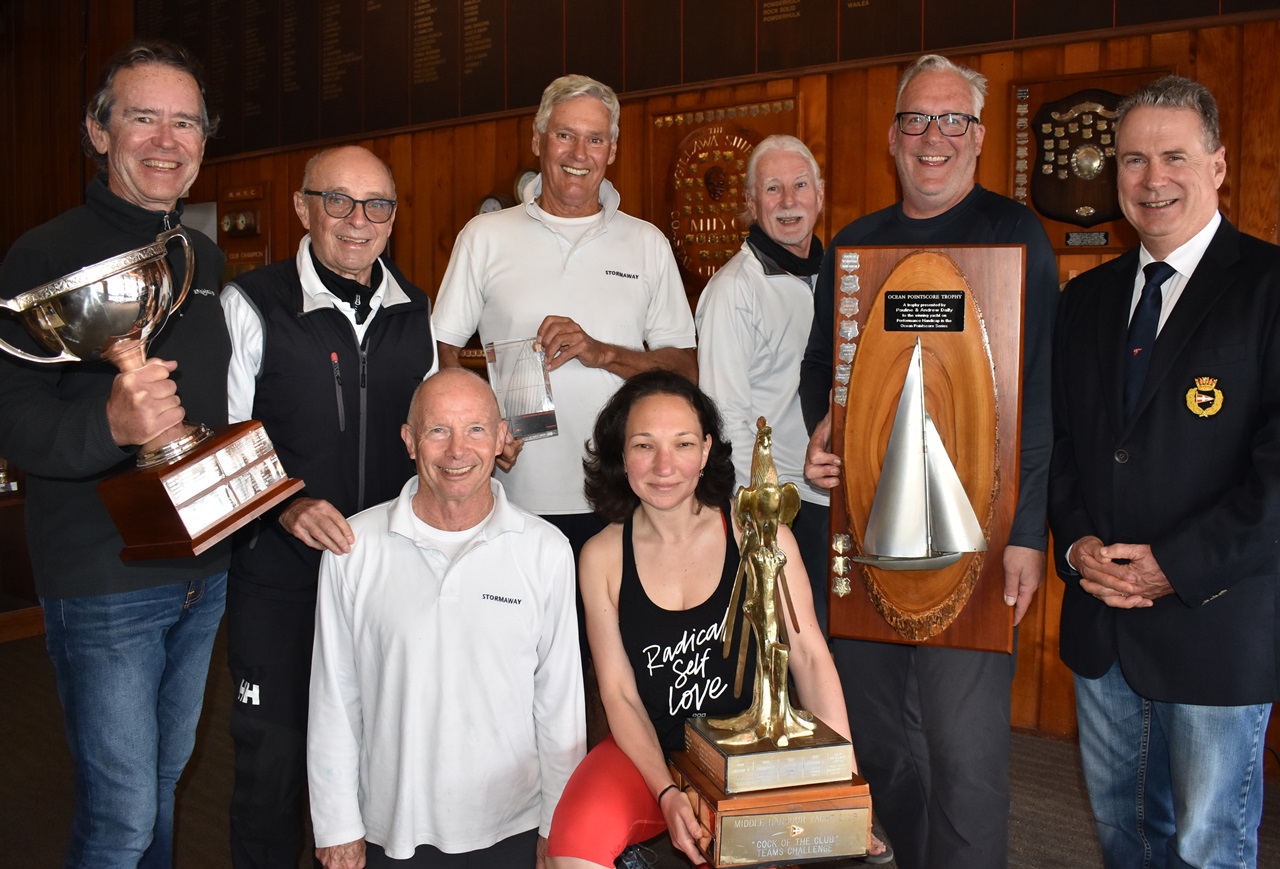 Stormaway is a regular and strong competitor in the club’s Ocean and Inshore series, in Feature events and for Wednesday non-spinnaker racing.  In 2019-2020, Stormaway  had another successful year, winning the Ocean Series for Division 2 on IRC (Selo Cup) and PHS (Ocean Series Perpetual Trophy) and was part of the winning team who claimed the Cock of the Club trophy for the Chaos Cup in January. 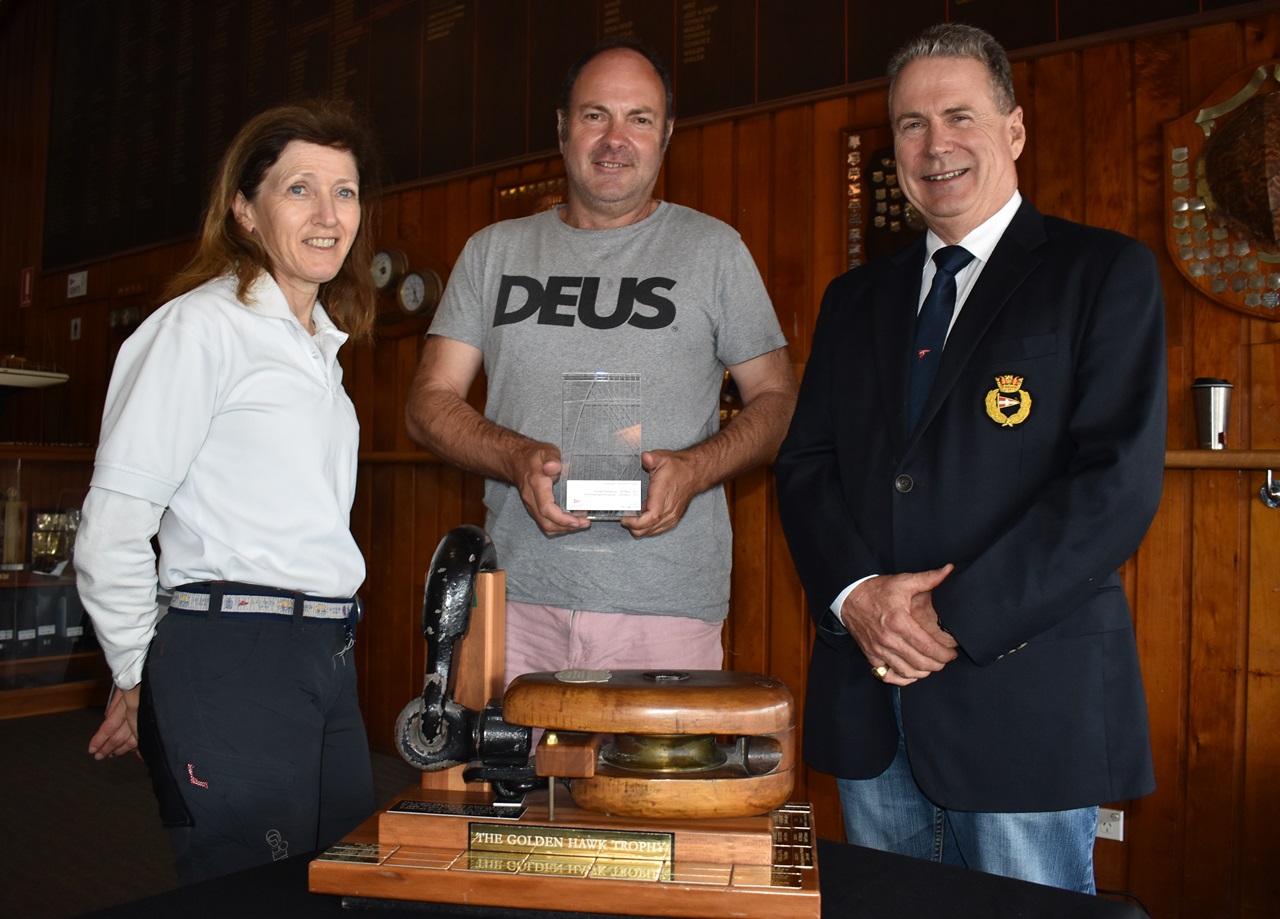 The Christmas Cup trophy was originally presented to MHYC by the Captain and Crew of the Golden Hawk in 1988 and is awarded in memory of Gordon Reynolds. Tempo was the Division 1 winner in December and also went on to claim a win in the Division 1 Twilight Annual Pointscore.