The heat is on - Tinto leads Checkmate at the J24 Nationals 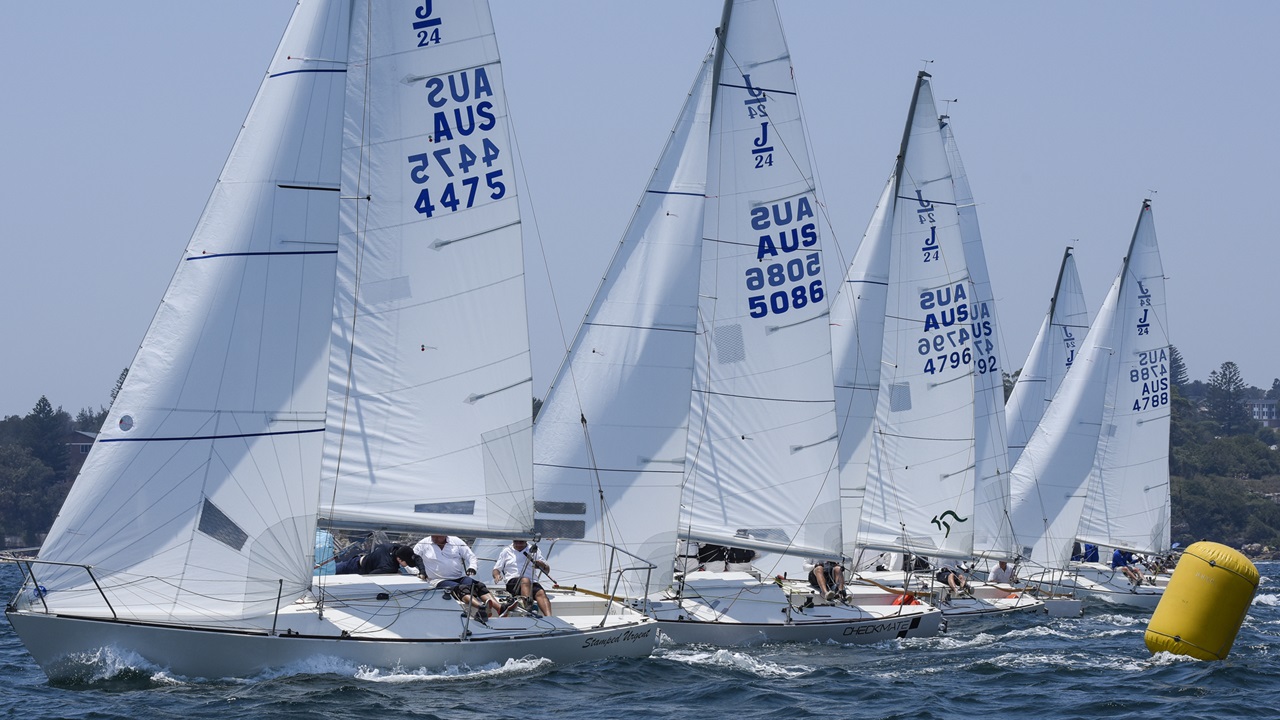 With the mercury rising to the mid-thirties, humidity around 40% and the breeze topping 20 knots, it was an exhausting third day of the 2020 Australian J24 Championships today.

Three windward-leeward races were completed on a course set between the Sow & Pigs Reef and North Head with an axis of 025 degrees for the first two.  MHYC’s John Crawford and Innamincka were fast out of the blocks today, claiming their second win of the series in Race 7 ahead of Stamped Urgent (David McKay / Cronulla SC) and Checkmate (Brendan Lee / Sandringham YC).  The breeze had freshened to 18 knots in Race 8 and Steve Wright and Tinto (Cronulla SC) were back at the front, leading Stamped Urgent and Checkmate to the line.

For the final race of the day, the breeze had backed to 015 degrees and was 20 plus knots.  Simon Grain and the crew of Jet scored their first win, with Tinto in second and Innamincka third.  After nine races, Steve Wright’s Tinto has a four point lead over Brendan Lee’s Checkmate in the championship series score.  David McKay’s Stamped Urgent is another seven points adrift in third.

To make sure there is time to get the final three races of the series completed tomorrow, organisers have moved the start time one hour earlier.  The full fleet are expected to be on the course at noon in a forecast fresh southerly and lower temperatures.

For the latest results and event information, go to https://www.mhyc.com.au/sailing/regattas-championships/australian-j24-championships-2020 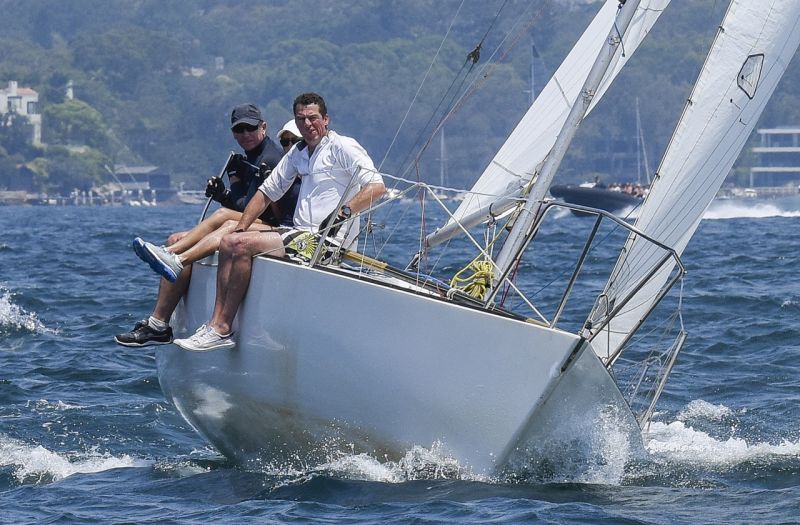